I don't have time for this crap.  I was lulled into a sound sleep from the Western Conference being over in a week, next thing I knew, the East is still playing Game 7's while the West started on the second round.

Whatever.  This is what my bracket looked like after the first round. 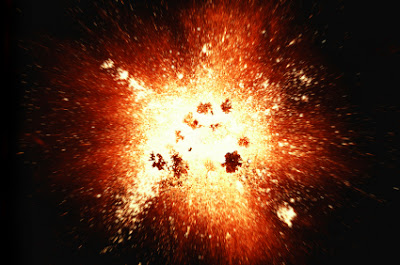 Actually, it was bloodier.  With less excitement.

Getting your two Cup picks getting blown out in the first round will piss you off something fierce, let me tell you.  Despite that Club Fuckery, I still went four for eight, that's about as good as flipping a coin.  You want good pro hockey insight, you come right fucking here.

In case you didn't get enough, here's the next round, which I've conveniently posted nearly two games late.  But you'll see I'm so stupid I'll still go against the results and pick what everyone now knows will not happen.  Somehow giving validity to it all.  Poetic isn't it? 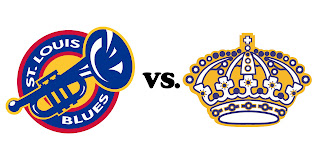 The Kings had a gameplan.  They executed it, and took the #1 seed out swiftly.  They're running with that ball, and having Jonathan Quick doesn't hurt either.  The Blues made short work of the Sharks, as most of us intelligent prognosticators expected.  Sharks don't win shit, Blues are good this year, equals San Jose turfed in first round.  As we've already seen, the Kings are showing that the Blues are fallible.  I expected this one to go to seven, and could have gone either way, but my gut said the Kings would take it.  If I wasn't cheating, you'd think I was a genious. 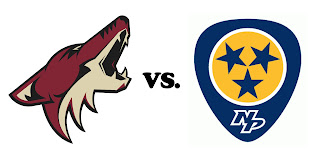 The Coyotes are a dogged team.  I'll give you a minute to collect yourself.  They work hard, are well coached, and have a goaltender that is just feeling it right now.  If the Blackhawks could stop enjoying themselves from being themselves they may have won that series.  That, and Corey Crawford absolutely blows.  The Predators dispatched the old, and wobbly Red Wings handily.  No surprise, not this year at least.  They've been caught off guard by the Coyotes, but this series is far from over.  They'll regain composure, and I originally expected them to take it in 6.  That looks doubtful now, but stranger things have happened.  By the way I'd love to see the Coyotes run the table.  Fantastic. 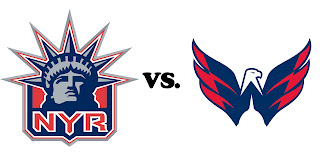 It took the Rangers 7 games to beat a Senators team that was playing on borrowed time.  For that deep a Rangers team it was pretty despicable.  The Capitals on the other hand took down the giant in 7 close 1-goal games.  Its easy to say those games could go either way, but the Caps are here and the Bruins are not.  This is another series that has upset written all over it.  Is this the year the Capitals finally hit their stride?  They look like shit all season with some small glimpses of Ovechkin returning to form, and now Dale "I didn't hear the whistle" Hunter finally saying, "Fuck the egos, we're doing it the way we always should have been." 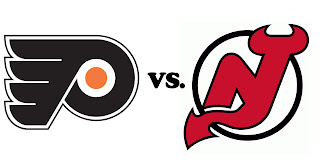 The Flyers absolutely crushed the Penguins.  They ripped their balls off, chewed them, and swallowed them like they weren't eating testicles.  The Devils needed seven games to beat the Panthers.  The Florida Panthers.  Typical. "New Jersey" typical.  I expect the Devils to go out without a whimper.  Giroux is in beast mode, and the Flyers are hungry.  Brodeur is going to be shown the door at least once in this series.

I would put any stock in my predictions but if you're an idiot, I would say we're looking at Flyers East vs. Flyers West for a final.  Nashville could easily get in the way of that, they looked poised in the first round, not so much now.  It would definetely make for an interesting Cup Final with all the story tie-ins.  And a big fuck you to whoever loses.
Posted by Nuuuuugs at 4:45 PM