The Stench of Desperation 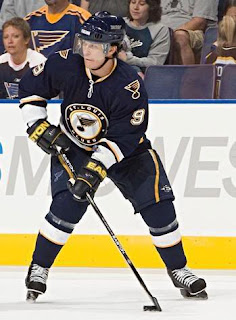 There's a certain whaft of stink, whine, and complaint from the 'homeless' players collective. An odor that was strong enough to get whoever runs that sham of an organization known at the NHL Players' Association to carry out their first order of business since Paul Kelly was dismissed.

As we get closer to the end of the term for the current Collective Bargaining Agreement, we see just how dramatic "cost certainty" influences cap spending and the free agent marketplace. Plenty of players with multiple years of NHL experience are sitting by the phone, chewing their fingernails in anticipation of a call from their agent with a job offer from any team (exception: Edmonton Oilers, New York Islanders), and not some pain-in-the-ass reporter asking why they haven't signed a deal yet.

Not too long ago, more than a few of these guys would have been picked up on name alone, given their willingness to play another year and the bottomless pockets of team ownership. Now, veterans, middling bottom six forwards, and third pair defensemen alike are without someone dumb enough to pay them for their "storied history" and mediocre stats. Its a little surprising to see it all shake out, based on everyone's individual perceived value of a player's worth which has been skewed by the salaries we've seen in past years.

But now they've been humbled, and they asked the powerful NHLPA to post this propaganda (i.e. eHarmony profile) to generate interest and let all 28 ("No thank you Mr. Snow/Tambellini, I've already signed with a club in Liechtenstein") General Managers know that they're still alive.

The air of desperation is thick.
Posted by Nuuuuugs at 3:28 PM No comments: 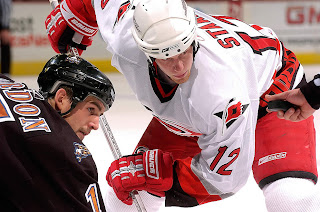 Drop the fucking puck already. I'm so sick of reading about this kind of shit. Or this pile of crap that waits outside my door each morning. Just fucking go already, we're all done with you.
Can you tell I'm pissed? Maybe it's 'cause I'm at work on my day off. But maybe I should shut my dirty mouth and be thankful I still have a fucking job. A job that's not covering the bills, especially for Center Ice packages and XM subscriptions for NHL Home Ice. So the end of an era may be coming folks, this could very well be my 'Swan Song.' Either that or it'll force me further into the depths of the hockey blogosphere, and I'll be writing as frequently as I shit. So without further ado, let's try and shoot for 30...

1. The Abritrator's decision on Kovalchuk's ludacris deal has opened the door to the review of other suspicious long-term deals including, but not limited to, Pronger, Hossa, Luongo and Savard. The League has a period of time after registering the deal that allows them to begin a review of the deal, which is supposedly what they've been doing since these deals were filed which keeps the door open. I'll buy that as a legal loophole for the Pronger, Luongo, and Savard deals which are extensions that don't kick in until the start of this season, (which I guess is technically July 1st), but not for Hossa's deal who's already a year and a championship into it.

2. Speaking of reviewed deals, the MSM has painted a picture that Vancouver and Boston would be very open to the possibility of reneg'ing the Luongo and Savard deals, after second round disappointments and that whole concussion thing. The two franchises are "cooperating" with League officials into the review of the contracts. My thought is you don't offer multi-year deals like that without expecting down years somewhere in that time frame, and you sure as shit don't change your mind on a decision like that the year after you offer it. I think Gillis is committed to Luongo (obviously with a 12year deal) but I'm not so sure about Chiarelli and his questionable moves considering the distance they've put between themselves and Savard, and their concern about the lack of distance between Savard's skull and his brain.
3. In true Philadelphia fashion, Holmgren isn't having any part of that League review nonsense. That, and they actually want to keep Pronger.


4. Good on Mike Van Ryn for plowing the shit of a career ended early to join an OHL junior team as an assistant coach for the defense. Van Ryn was issued a shitty skeleton by birthright that prevented him from continuing as a pro, and decided to call it a day and join the coaching ranks. Van Ryn took a lot of shit from the Leaf faithful for being on the payroll without actually playing due to injury, here's to a healthy, and successful run as a coach.


5. Adam Burish on the Stars has some muted down connection to Sean Avery being there and subsequently shipped out, and back to the Rangers. Burish has been known to run his mouth, but not to the extent and spotlight grabbing that attention-whore Avery does.

6. Is this the first time in NHL history where a Stanley Cup winning goaltender may end up out of the League the following season? (Lockout years excluded.) As the start of the season draws closer I see that being more and more of a possibility. That is until a Flyers goaltender goes down to injury.


7. Speaking of the Blackhawks and the non-existent possibility that Niemi returns to Chicago, has anyone actually looked at last season's and this upcoming season's roster? Byfuglien, Sopel, Eager in Thrasher jerseys, Burish to Dallas, Versteeg to Tdot, Madden to Minnesota, I'm sure I'm forgetting some. So its Toews, Kane, Hossa, Sharp, Bolland, Brower, Kopecky, Keith, Seabrook, Campbell and Hjalmarsson. Oh and some old guy name Turco in net. Goddamn, they're still scary deep.


8. Then of course there is the whole pesky Huet, $5.625million for the next two years thingy.


9. Getzlaf's the new captain of the Ducks, right? Who else would it be, Paul Kariya?


10. Frolov to the Rangers makes a whole lot of sense for all the wrong reasons, doesn't it? I'm looking at you Glen Sather.


11. But Torts is psyched about it. That is until he turns him into a whipping boy.


12. No mention of how much Tortorella liked Sather's outright robbery of that saavy contract to Boogaard. And I don't think its coming in part two either.


13. The Isles on the other hand, are holding open tryouts to see what remaining free agents will take contracts at a quarter of what they are worth. Their prices are insane!


14. Seriously, these teams that spend barely enough to make the Cap floor, and who no self-respecting free agent wants to play for, when will it be time to just fold up shop instead of giving fans no sense of hope right from the start of the season? I know there are good years and bad years, but when no one wants to play for a team isn't that a sign that something's seriously wrong?


15. Sami Salo's horrific injury while playing some sick version of ball hockey is a little ridiculous if not outright unbelievable. The problem is that it puts the Canucks in as awkward a position as a Ben Stiller movie with a plethora of defenseman signed, while at the same time shelving the trade talk to move Kevin Bieksa and clear some salary. If not spots on the defense.


16. Matt Reitz over at Hockey from the Cheap Seats had a great post about how Gillis adding two puck moving defenseman (Hamhuis and Ballard) to join the one he already had (Erhoff) does nothing to solve the problem of power forwards camping out in front of Luongo. The way Hamhuis shunned all of his suitors (Philadelphia and Pittsburgh) to come to Vancouver made a lot more sense than trading Grabner away to get Ballard as well. Mitchell is still unsigned but cleared to play, and the intention is (was) to move Bieksa. Those are your grit/shutdown guys right there. Instead GM MG is building his defense like he did his offense with speed and a quick, puck possession offense. Sound like another team you know from the East?


17. I'm actually pretty surprised that no one has pulled the trigger on Willie Mitchell as of yet. The internal scouting reports must not read as well as the health clearance. Either that, or he's expecting more than he should after a half season with no playoffs on a team that desperately needed him in the post.


18. Bob Probert was working on a memoir of his life as a tough guy at the rink that his family has decided to go ahead and publish. Its called 'Tough Guy.' Not all people who work with their hands are creative individuals folks.


19. The Panthers have gone Shatner using the Priceline "Negotiator" system to name your own price for tickets to a game. Casual hockey fans love shit like this, but what about the season ticket holders who are shelling out top dollar for their seats, and have been for years in order to get the deal and the seats they want and deserve?


20. Foppa is doing the Favre. Just when you thought the Kovalchuk ordeal was sickening.


21. By the way, what kind of 'Mickey Mouse' operation is the NHLPA that agreed to select Bloch as the arbitrator, a man who worked for the NFL and was dismissed for being biased towards the League, and then sat idly by as they voided Kovy's contract?


22. Speaking of the NHLPA, ever thought about interviewing over there?


23. Any reason to suspect Kaberle actually being moved? No, none.


24. How does this shit happen in this day and age? The Capitals weren't even through the first round, do you need that much time to schedule an engraving?


26. Someone tossed out the idea of throwing a long-term deal at Ryan with of course the cap circumventing cap hit in order to get his ass signed for longer than when the Getzlaf and Perry deals expire. It wasn't a bad one, that was of course until the League announced that they were looking at all long-term deals signed within the last decade or so.


27. We love walkinvisible, especially when she takes the NHL marketing/merchandising department to task. And rightfully so.


28. By the way, we're also Puck Daddy fanboys too. Just in case you didn't notice.


29. One last thing on the "Great Rejection"... Any reason why the League didn't put a stop to these long-term deals when they allowed the abomination of the Dipietro deal to occur? Between that and the Yashin deal, do you think those two alone could stand as the reasons to sink that once-proud franchise for good?

30. Could the Flames Heritage Classic jersey be any more hideous than the Habs jersey is boring? Especially after all those crazy jerseys we got to enjoy all two centennial season long.


I did it. How fitting is that? On what could be my last post, I finally hit the mark that Elliotte hits week after week. I applaud you sir. I applaud all of you. Thanks for reading.
Posted by Nuuuuugs at 11:00 AM No comments: